The team was invited to Canada for the tournament after winning the regional competition in Westminster, Colorado, Nov. 25-27. They won the final game in the regional against Team Wyoming 6-2 for a berth in the international tournament finals in Pelham.

Once the tournament began, the team started strong with a 2-0 start in round-robin play, but ran into more difficult competition against the Lambton Shores Predators (Ontario, Canada) Saturday morning. Down 1-0 after the first period, and 2-1 late in the second, the Flyers powerplay went to work to tie the game, then score the eventual game-winner off the stick of forward Lucas Dennis. It didn’t end without a cliffhanger though, as the team ended the game killing a 6-on-3 man-advantage, including a four-minute double minor, as the Predators pulled their goalie for the extra attacker.

The team capped the round-robin with a convincing 7-0 win over the Elmvale Coyotes (Ontario, Canada) and had to face a rematch in the semi-final with the same Lambton Shores team that gave them some difficulty in the round-robin.

However, tournament points leader Kyler Wyle scored twice, and his linemates Garron Szolek and Eastyn Munhall helped chip in a goal each as well, to seal a 5-2 win for a trip to the championship game against the Mount Brydges Cougars (Ontario, Canada).

Despite a slow start and two Flyer penalties early in the finale, the team’s top line exploded as Bladen Norton scored once and the big man, Rex Weaver, scored four times with goaltender KC Kern only allowing one goal as the team’s smothering defense shut down the Cougar attack for a 6-1 win.

The win marked the first International Silver Stick Finals win for the Fremont Flyers program ever and one of the few successful American teams attending a Canadian finals division. The team will now get the Fremont Flyers name etched on a plaque for the 2023-2024 campaign at the Hockey Hall of Fame in Toronto, Ontario, Canada.

Head Coach Warren Peters gathered parents following the game to have the players thank them for the trip to Ontario and the sacrifices made to even make it to the games logistically. The team not only had success off the ice but found time for sightseeing and team-building in Niagara Falls and many attended the Hockey Hall of Fame or visited the City of Toronto.

“I thought it was a dream,” Peters said to the parents. “I didn’t think we’d be able to even get here with all the planning needed in just a few weeks since qualifying, but it’s pretty special and something they will remember the rest of their lives.”

The International Silver Stick Tournament is more than 60 years old beginning in 1958. The Flyers division not only had teams from Ontario, but Pennsylvania and California as well. They were the only Nebraska team to qualify for the International Tournament out of a regional this season. The team and parents would like to thank those in the community and businesses who donated and contributed in a variety of ways to make this possible. This included the GoFundMe and other efforts that brought in more than $10,000 to help offset costs.

The team still had five tournaments left (albeit shorter trips than Canada) and will wrap up its season and league playoffs March 10-12 in Des Moines, Iowa. 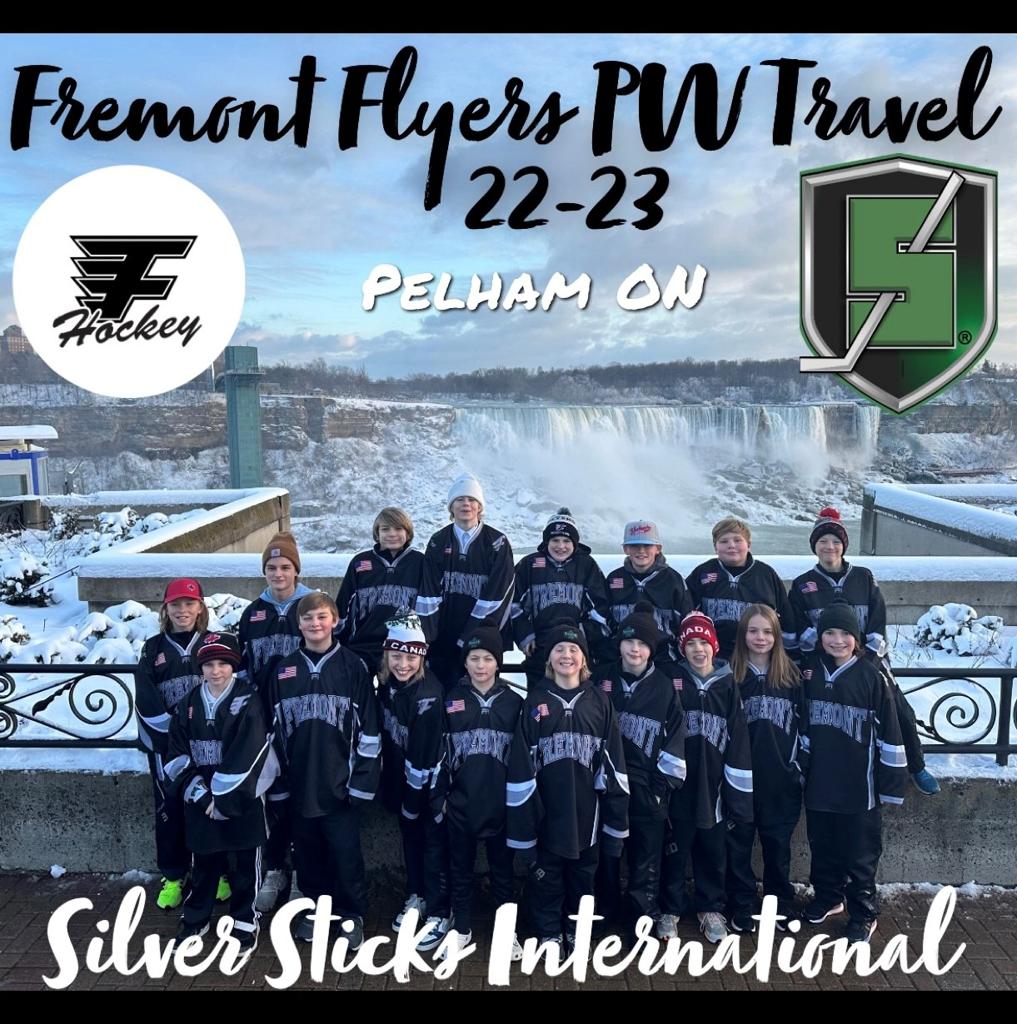